Passage going through the building

The idea at the heart of the architecture of the Nakanoshima Museum of Art, Osaka is the passage. In French, passage is used to refer to an enclosed or covered pathway, alley, or arcade that is freely accessible to pedestrians. Osaka City’s design competition envisaged the passage at the heart of the museum as a bustling and open indoor space that would be freely accessible and welcoming to people of all ages, not just to museum visitors.
Architects from around the world submitted design proposals. After three screening processes, the proposal that was chosen was that of Endo Katsuhiko. In his “art museum like a metropolis where a variety of people and activities intersect,” the passage at the heart of the proposal was a three-dimensional space at the center of the museum, comprising an atrium five stories high, acting as the building’s spine and filled with soft light from above.
For the Nakanoshima Museum of Art, Osaka, the passage is easily accessible to anyone, making all visitors feel welcome and at ease. It symbolizes a place where anyone can find a place to be themselves, regardless of whether their visit is motivated by interest in the art museum. It is a space that people transit as they walk through the city of Osaka, but it is also a fluid space that becomes a venue for a variety of activities—at times providing an immersion in art and at times functioning as a hub for art-based activities. Moreover, the passage is a space that fuses the interior of the architecture with its exterior and its surroundings. 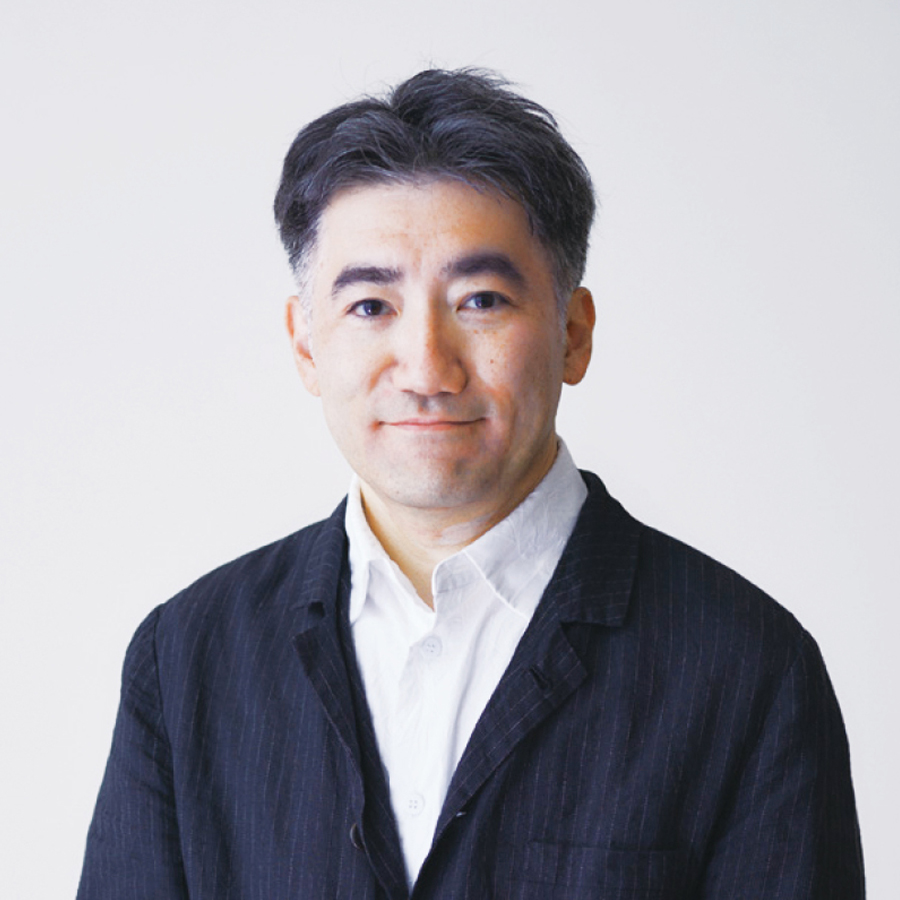 Born in Yokohama City in 1970. Graduated from the Department of Architecture, Faculty of Engineering, Musashi Institute of Technology (now Tokyo City University) in 1992. Obtained a master’s degree in Architecture from the Graduate School of Engineering, University of Tokyo in 1995. Entered the doctoral program at the Graduate School of Engineering, University of Tokyo. Founded Endo Architect and Associates in 1997. Incorporated Endo Architect and Associates in 2007. Established Osaka Office in 2017. Established Daigo Office in 2019. Selected as the winner of the design competition for the new art museum in Osaka in 2017. (The new museum was named Nakanoshima Museum of Art, Osaka in 2018.) Other major awards include best basic design / working design proposal for Saza Town Hall construction work (2020), best proposal for the basic design / basic design work for the new Motoyama Town Hall (2019), best proposal for architectural design work for the new Daigo Town Hall in Ibaraki Prefecture (2018), and the Award of Excellence, 15th Public Building Award (Nature Center, Toyota City Nature Sanctuary) (2016).

The Nakanoshima Museum of Art, Osaka invited proposals for designs to develop branding and a visual identity that would maintain a consistent image for the museum as a whole. After two screenings of proposals by numerous applicants, the museum selected the design by Onishi Takasuke.

The logomark design, which is at the core of the VI image, depicts both the museum’s distinctive black rectangular exterior and the letter “N,” the initial letter of “Nakanoshima.” Formal linkage of the architecture and the name’s initial instantly evokes the museum. Because it clearly represents the museum, the logomark itself can play a practical role of communication, as even those people less familiar with the museum will be able to describe it to one another as “that museum with a black exterior.” The logomark’s proportions were determined by referencing the museum’s architectural drawings. The white spaces cut away from the top and bottom echo the image of the glass surfaces “cut out of” the walls on the actual building. This logomark is one that would not make sense unless the letter was Nakanoshima’s initial letter “N.”

The logotype (the text of the museum name) was designed to be wide, i.e. shorter in height than normal text, using thin, light lines that resonate with the straight lines and horizontal elongation of the logo. The light logotype expresses ease, familiarity, and accessibility to all, as well as the cutting-edge nature of the museum. Horizontal extension of the initial letters “N M A” in the alphabetic logotype expresses “change,” and enhances the logotype’s uniqueness as a whole. 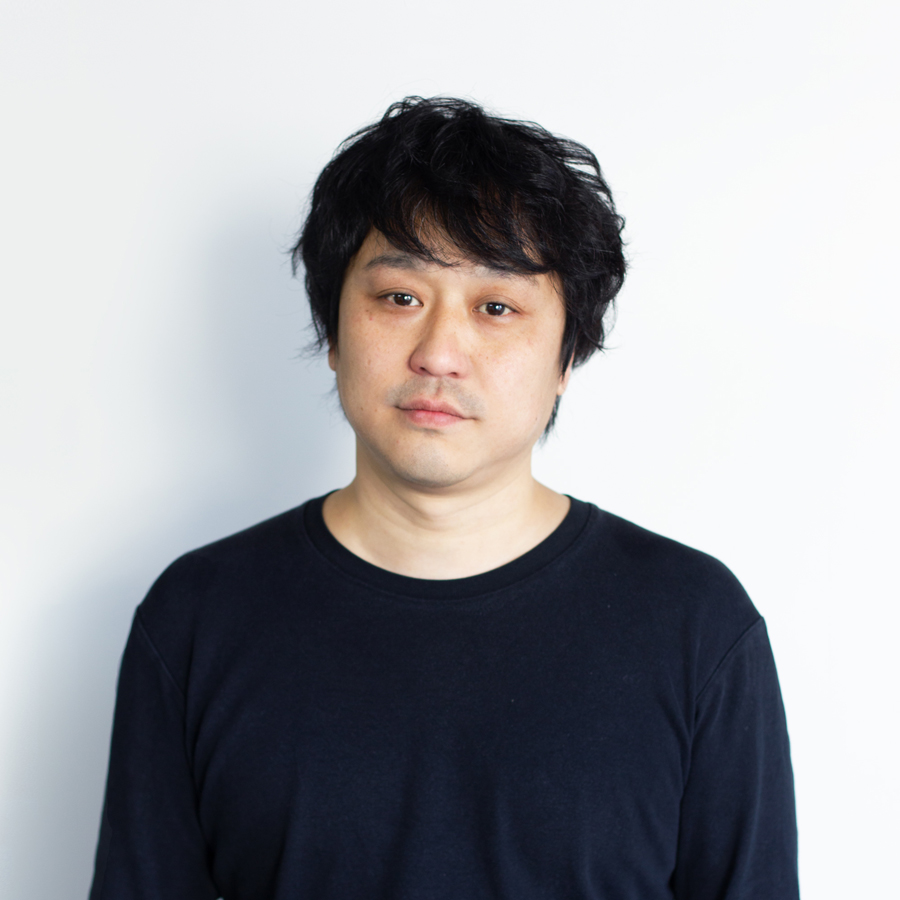 Born in Saitama Prefecture in 1976. After studying at the Nihon University College of Law, Onishi gradated from Tama Art University with a degree in graphic design. In 2009 he established direction Q inc. In addition to total direction in design projects involving everything from brand image to operations, he is actively engaged in support for cultural and arts-related activities. Major projects include signage and VI for the Umeda Sky Building Floating Garden (2018), comprehensive art direction for the Daikanyama Hillside Terrace 50th Anniversary program (2019), publicity materials design for Yokohama Triennale 2017, and book design for Tanigawa Shuntaro’s illustrated poetry book Sen wa utau (2013) and Yoshimoto Banana’s About Shimokitazawa (2013-2015). He is an adjunct instructor at Nagaoka Institute of Design.

About the motion logo

The animated logo displayed prominently on the museum’s top page was produced by motion designer Iguchi Kota at the request of the VI designer. He created it by working from keywords specified by the architect – Aqua Metropolis Osaka, the wavering surfaces of Nakanoshima’s rivers, modern art/contemporary art/design collections, etc. In addition to aligning with the concept and visual identity of the Nakanoshima Museum of Art, Osaka, it adds motion that makes them still clearer.

“The ‘N’ that comprises the museum’s symbol mark is created on a square grid, which gives it unlimited potential for transformation. In animating the logo, I was attracted by the thought that the museum could become a constantly-changing place where people can encounter artworks and experience deep thrills or feel a strong empathy as the hearts and minds of museum-goers are linked together.

The animation begins with movements like a Rubik’s cube, shifting from shape to shape. Next, varying the units that define the grid produces curving movements and organic lines. The “1” that we are watching functions at both micro and macro levels simultaneously, and the indeterminate shapes produced by the transitioning perspectives seem to convey expections for a new age.

The way that this symbol mark wavers like the water surface is all the more coherent because of our location in Nakanoshima, the Aqua Metropolis, conveying my desire that the museum will become part of an emerging cultural tide.” (Iguchi)

Born in 1984. Founded TYMOTE in 2008 while a student at the Department of Science of Design at Musashino Art University. Established the creative association CEKAI in 2013. Specializes in motion graphics, photo and video direction, and team building-style creative direction based on dynamic design. Major awards include the Tokyo TDC Award (2014), the D&AD Yellow Pencil (2015), and the New York ADC gold award (2015). Serves as guest professor at Kyoto University of the Arts.

Furniture used in communal spaces, particularly in the passage area that represents the face of the museum, includes the work of a furniture designer selected through an open call for design proposals. A consortium by CondeHouse and Taiji Fujimori Atelier was eventually selected from the large number of entrants.

The passage is the first communal space entered by visitors to the Nakanoshima Museum of Art, Osaka. The chairs and benches in this space have a substantial influence on the overall impression of the museum that visitors receive. In his proposal, Fujimori Taiji pointed out that the space had an affinity with natural wood furniture, and produced designs using Japanese oak from Hokkaido. The designs take care to harmonize with the surrounding architecture, and the wood feels soft to the touch, leading into and enhancing the experience of a visit to the museum.

The original furniture shares some of the elements of its design with the museum’s logomark. Firstly, it takes inspiration from the architecture. Secondly, it employs the capital N of Nakanoshima as a design motif. These devices contribute to creating a distinctive atmosphere that belongs solely to the Nakanoshima Museum of Art, Osaka. 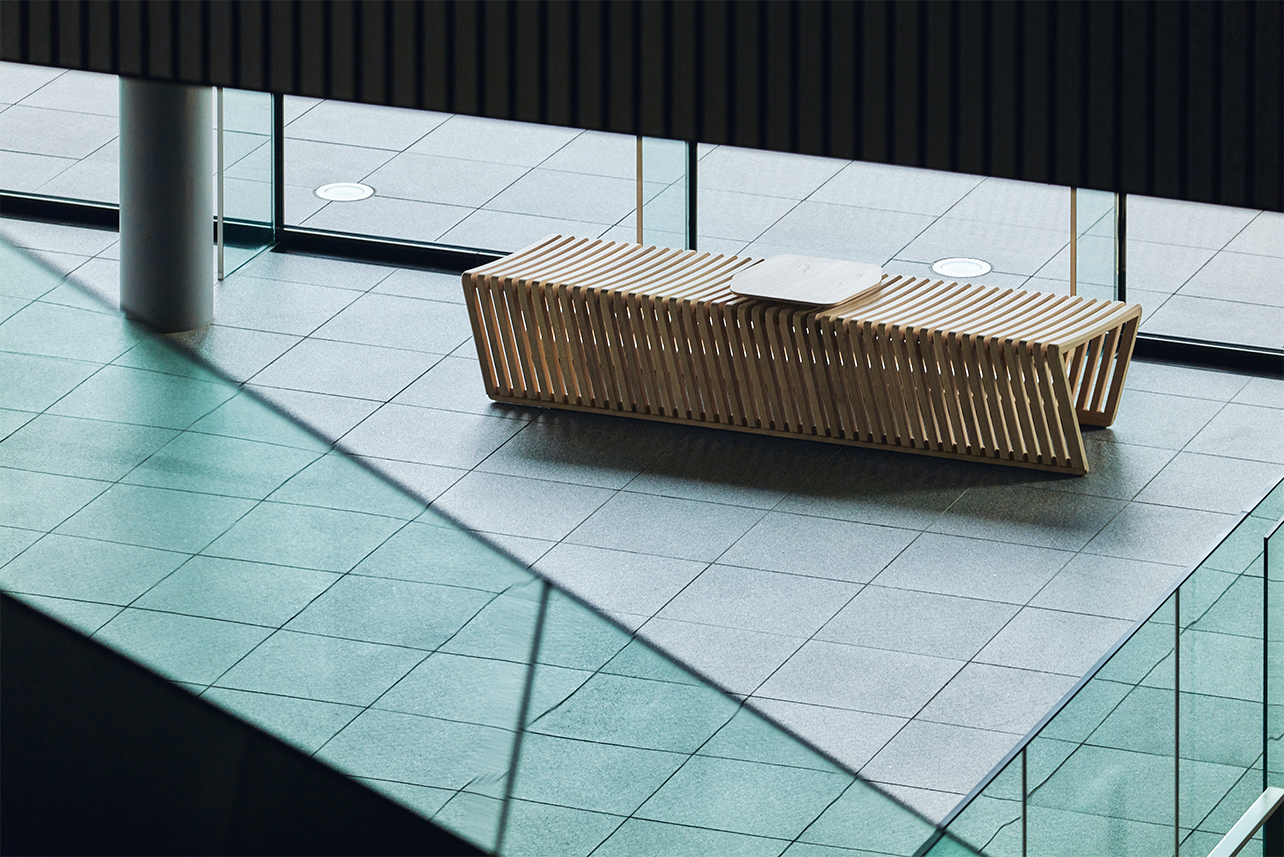 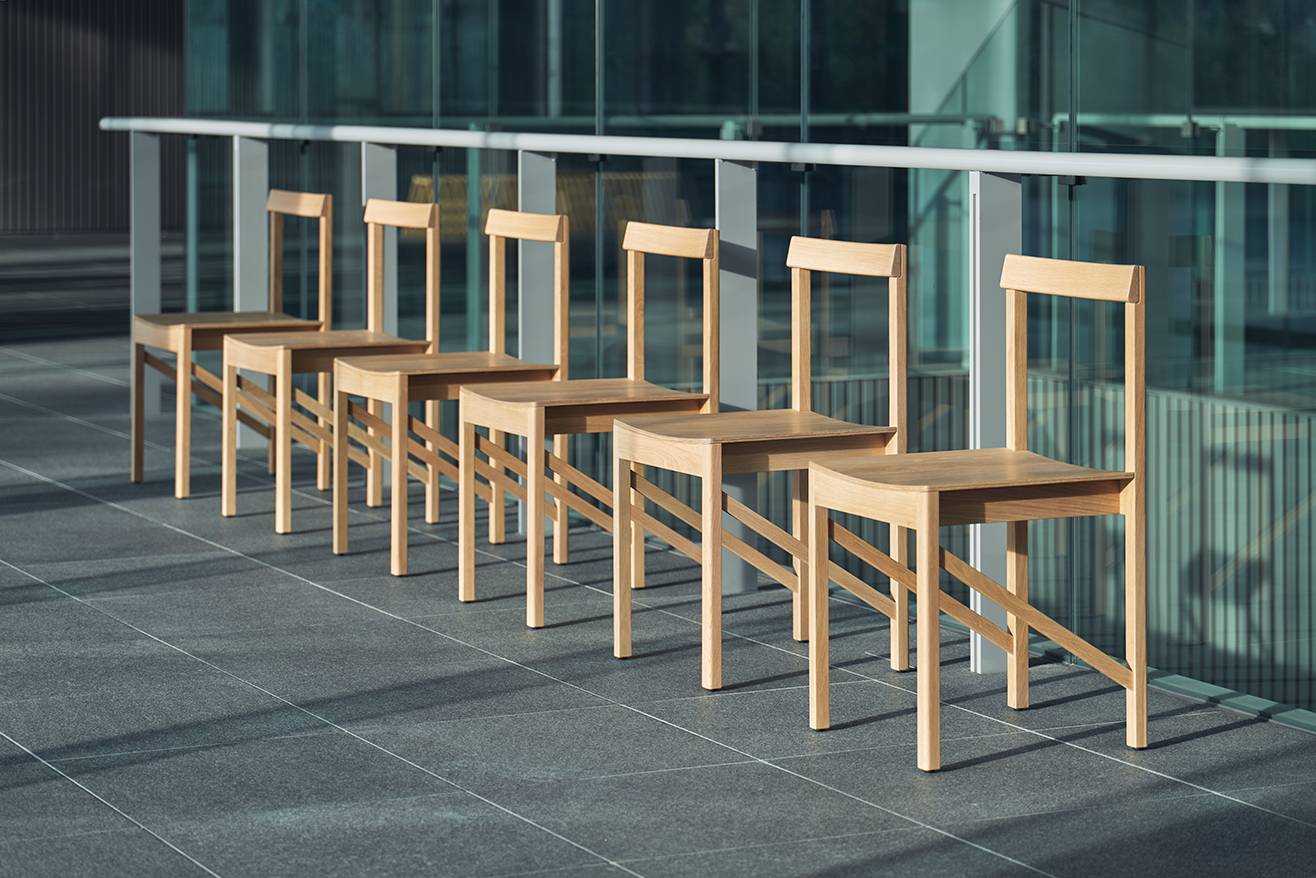 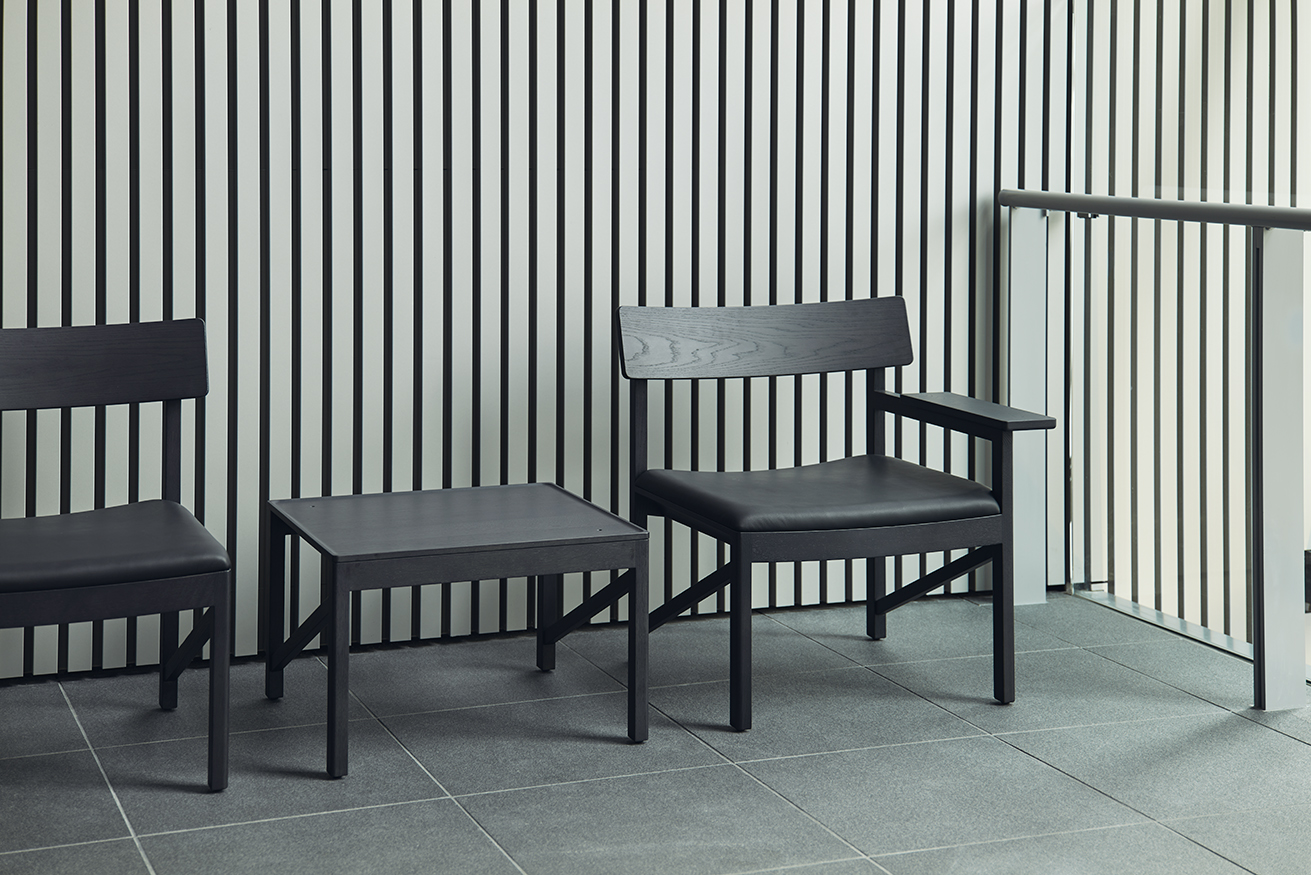 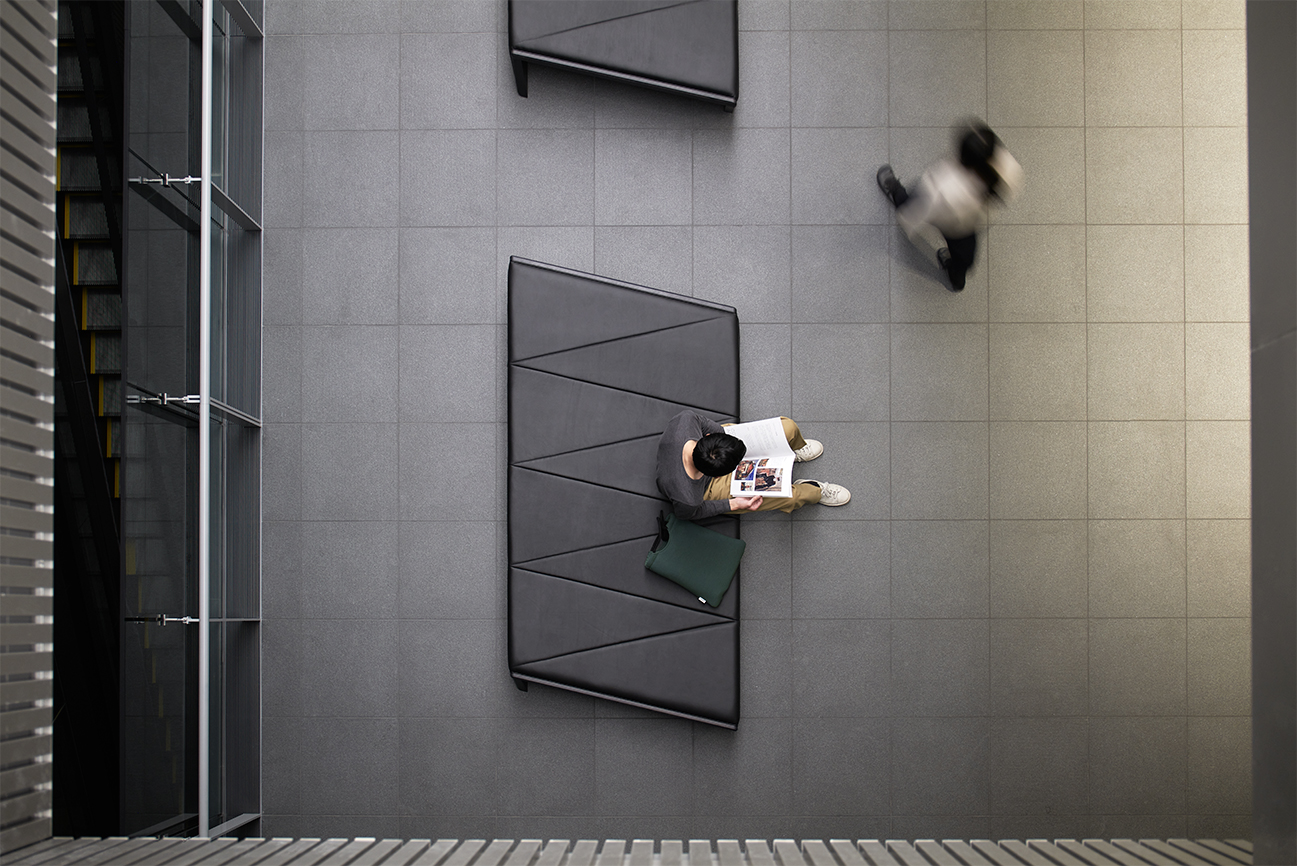 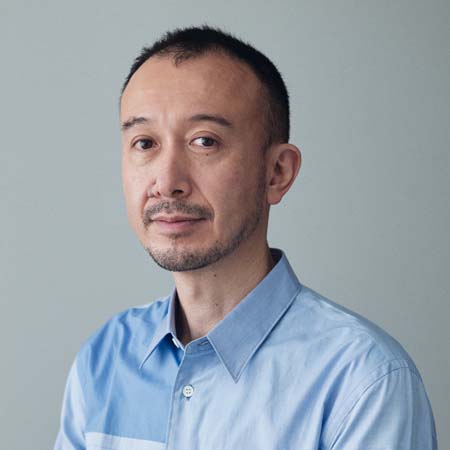 Graduated from Tokyo Zokei University in 1991, and studied under furniture designer Teruaki Ohashi. Worked at Itsuko Hasegawa Atelier (Architectural Planning Studio) from 1992, then established Taiji Fujimori Atelier in 1999. Engaged in work including collaborations with Ito Toyoo, Yamamoto Riken, and other renowned architects, as well as product and space design. Recent work ranges from the custom furniture designs for public facilities to designs for top-end brands such as arflex and furniture for elementary and middle school students. Recipient of many awards, including the Good Design Award (Special Award). Published Taiji Fujimori Works, a book presenting his work as a furniture designer (Shokokusha).

Established in 1968 as a manufacture of wooden furniture in Asahikawa, Hokkaido, one of Japan’s leading centers of furniture production. In addition to uncompromising product development in collaboration with domestic and international designers, focuses on skilled manufacturing of designs instilled with a sense for aesthetics nurtured by Japanese culture and the natural beauty of Hokkaido, aiming to produce furniture that will be long-lasting, loved and treasured.