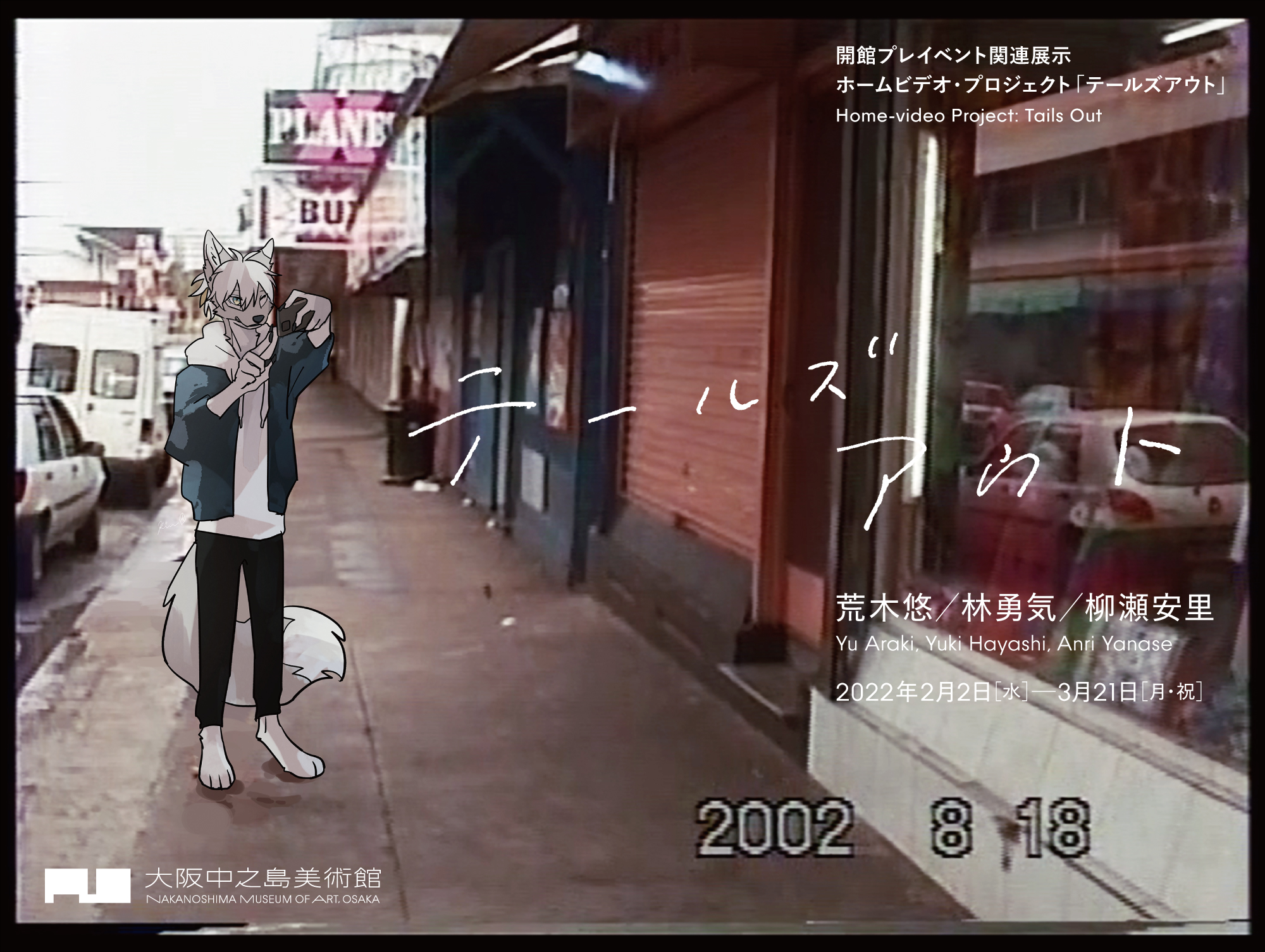 This exhibition was designed to celebrate the opening of the Nakanoshima Museum of Art by focusing on the four decades that have gone by since the museum was first conceived in 1983, and the three decades that have gone by since the Planning Office was opened in 1990. In addition to events in society, these decades witnessed dramatic changes in the way we lead our lives as individuals. The year that the concept for this museum was announced, 1983, was also the year when the first “camcorder” video cameras were born. Over the following years and on into the 1990s, as they became increasingly compact and capable of recording more and more footage, these video cameras became household items. Videos shot at home came to be called “home videos,” a moniker that no doubt has a nostalgic ring for some of us today.

Tails Out, the title of this exhibition, is derived from the way tape is wound on a reel. A tape is “tail in” when it has been rewound so that the start of the recording is on the outside of the reel (with a cassette, on the outside of the supply reel). and the end of the recording (the tail) is buried inside the reel. Tapes that are tails in are ready to play. Conversely, a tape is “tail out” when the recording has been played, and rather than being rewound, has been left with the tail—the final part of the recorded content—on the outside of the take-up reel. Tapes that are tails out have already been played, and are ready for the next step—perhaps moving on to record further video. This two-year project entailed collecting videotapes left tails out and long forgotten in Osaka households, and creating new works from them after rewinding (tail in) and returning them to a tails out state by replaying them.

As a museum opening pre-event to prepare for this exhibition, we put out a call from October 12, 2020 to March 31, 2021 for people to send in home videos collecting dust in dark corners of their abodes. We received more than 300 videotapes and data files of video shot during the same period that it took to bring our museum to fruition.

We then asked three contemporary artists to create new works from the videos people had sent in. These artists—Hayashi Yuki, Yu Araki, and Yasuri Yanase—were born respectively in the 70s, 80s, and 90s, which means they grew up in different eras and were exposed to different imagery and influences. From the many home videos collected, they distilled commonalities and contrasts, changes over the years and unchanging aspects of humanity, and hidden contexts hinted at in the material, and then, as if taking up the story again from the tail of already recorded tapes, spun these elements into new video works. For the exhibition concept art, illustrator Rin Mizutani, who is known for his style of adding animals and characters to photos of the real world, superimposed an imaginary creature on a scene taken from one of the videos to create an image reflecting his understanding of the project that resonates with the works of the three artists participating in this exhibition.

The home videos we collected are private records that, taken together, reflect the way time has passed and society has changed. Creating works from such private materials is not about concealing or consuming them, or treating them as if they did not exist, but is rather a different way of highlighting the present itself—a present predicated on its past. The people who submitted the 300-plus videos that made this exhibition possible have all been credited next to the title of the exhibition as a reminder of the past reality the videos depict and the way they connect to the exhibited works. 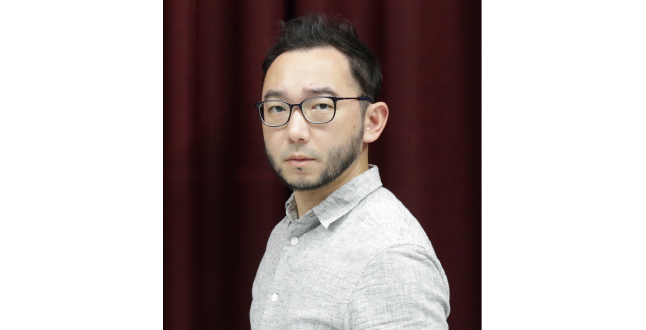 Yu ArakiBorn in Yamagata City in 1985, Araki graduated from the College of Art at Washington University’s Sam Fox School of Design and Visual Arts in 2007 with a major in sculpture, following which he earned a master’s degree in 2010 at the Department of New Media in Tokyo University of the Arts’ Graduate School of Film and New Media. Leveraging his experience of living in various parts of the world, he creates video works focused on differences in cuisine, religion, and other aspects of the cultures of different countries. He has exhibited at the Yokohama Museum of Art (2016), Shiseido Gallery (2019), Pola Museum of Art (2020), and other venues.
http://yuaraki.com/ 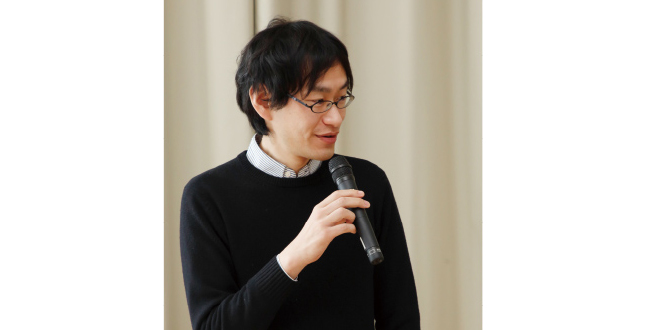 Yuki HayashiBorn in Kyoto City in 1976, Hayashi is a video artist based in Hyogo Prefecture and active mostly in the Kansai region. He creates his works, which have been featured in art exhibitions and film festivals both in Japan and overseas, by cutting and combining his own photos of familiar surroundings and objects, reconfiguring them as video. Sampling a huge volume of photos, Hayashi explores the fragmentation of memory and the sharing and distribution/consumption of digital imagery in works that deliver visual experiences evocative of everyday life. He has exhibited at Kyoto City Kyocera Museum of Art, Ashiya City Museum of Art and History, Hyogo Prefectural Museum of Art, Osaka Prefectural Enokojima Art, Culture and Creative Center, and other venues. His works are included in the art collections of Osaka International Airport and Tokushima Modern Art Museum.
https://kanyukuyuki.tumblr.com/ 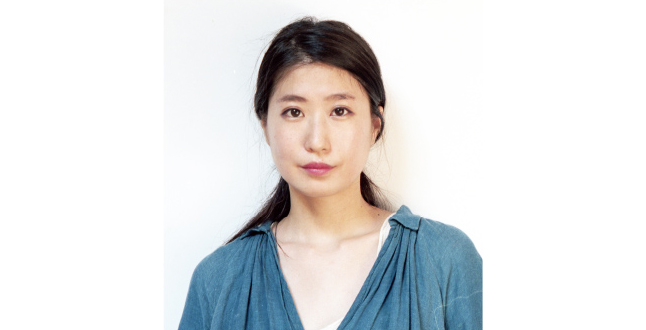 Anri YanaseBorn in Saitama Prefecture in 1993, Yanase took the Contemporary Art and Photography Course, Department of Fine and Applied Arts, Kyoto University of Art and Design, graduating in 2016. Using everyday events as a starting point, she creates her works as a way of thinking about and interpreting those events. Recent exhibitions include New ways to grow: Artists envision a post-Covid world (The University Art Museum, Tokyo University of the Arts, 2021), New Mutation #3: Kazuaki Kikuchi, Gaku Kurokawa, Anri Yanase (Kyoto Art Center, 2020), and Heroes and People in Japanese Contemporary Art (Hyogo Prefectural Museum of Art, 2019).

Clipped images from the videos from informants 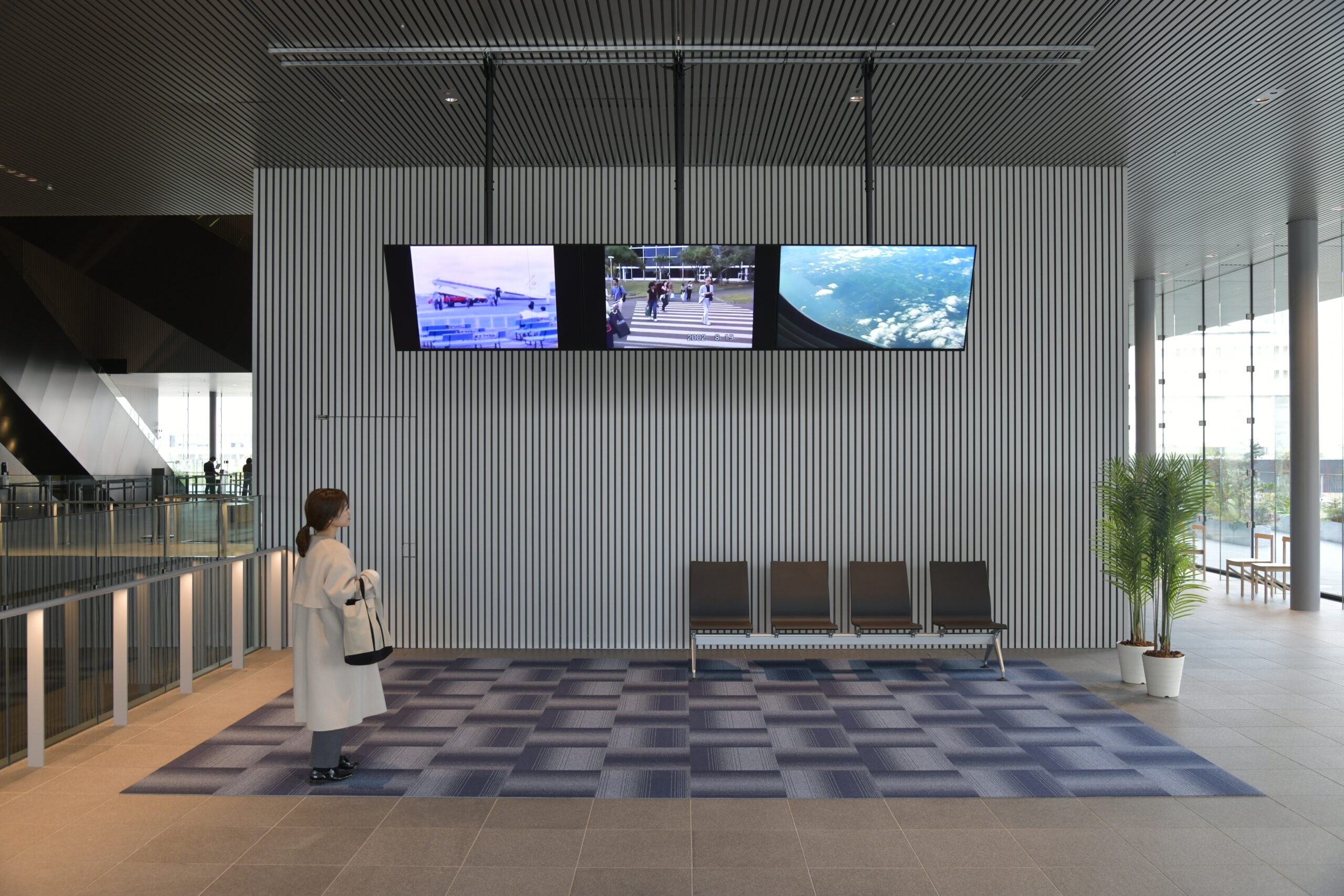 AWAY/HOME is an installation representing an airport departure gate. The three monitors suspended from the ceiling bring to mind displays showing departure and arrival information. The monitors display home videos shot in three different eras, but on closer inspection, you will notice that they have common threads—zoo visits, school sports days, travels, children growing up. In other words, they all depict exactly what you would expect to find in home videos. In the various scenes selected from the mass of home videos, you will no doubt sense both a certain synchronicity and contrast within such universal themes. The video material to which we are exposed in our everyday lives has changed considerably since the 1980s, when consumer camcorders such as the Handycam appeared. The videos submitted range from 8 mm analog video to digital footage. This work uses home videos as a departure point to highlight the way that some things change and some things remain the same over the generations.

Yuki Hayashi
In the Blink of an Eye 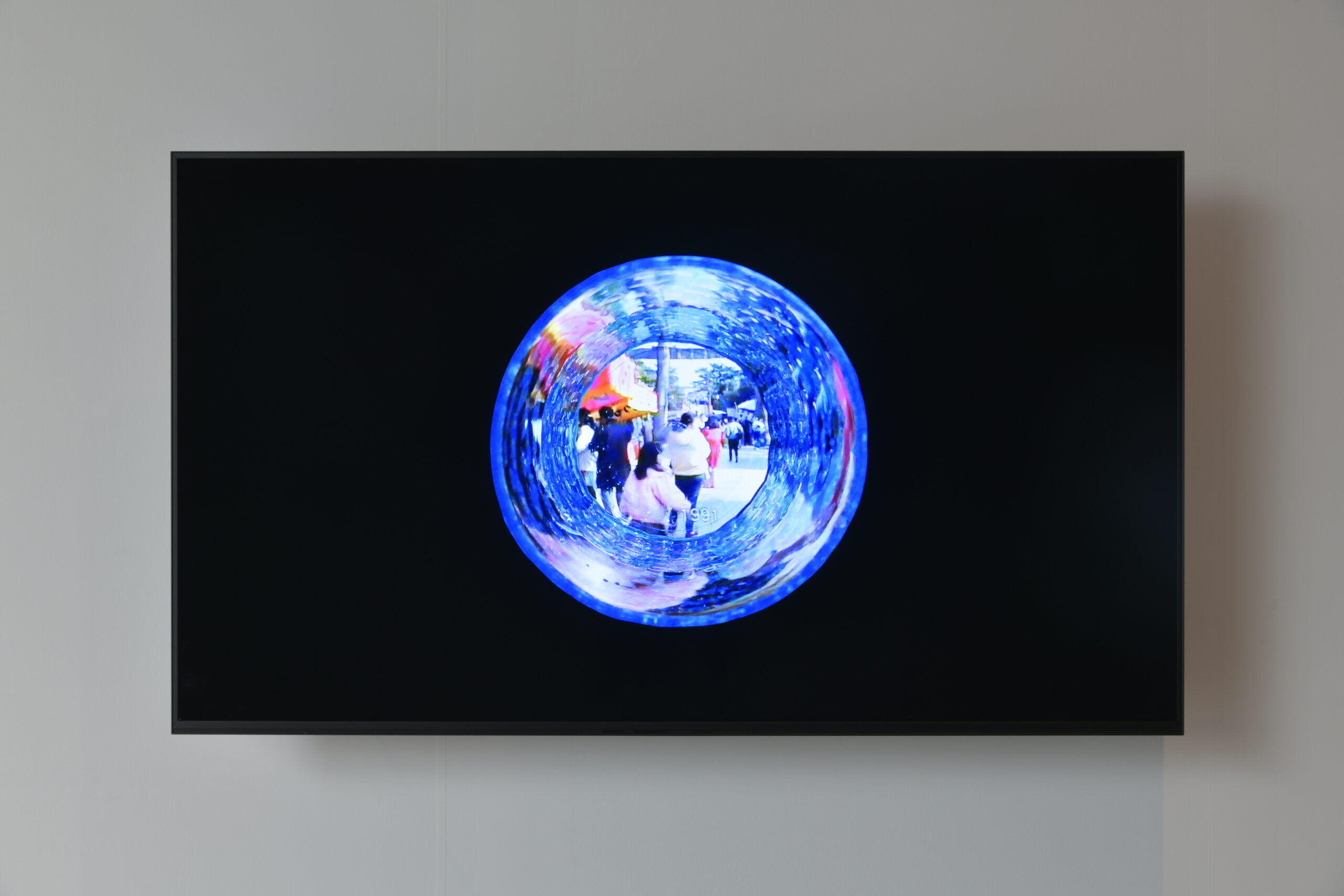 If you look closely at the faint, seemingly hollowed out circular shape in the center of the screen, you will probably realize that the images have been shot through water or the kind of plastic cup that we have all used at one time or another. The artist was inspired by the fact that recording media such as CDs, DVDs, film and magnetic tapes are all made from the same fossil fuel as plastic cups and other familiar plastic products. The story related by a man returning to his hometown by car brings up experiences and associated memories that he recalls along the way. The spliced together clips of home video projected onto the bottom of the cup offer glimpses of family life, all of them other people’s private lives not in any way connected to this man’s history, but you cannot help feeling that they are in some way related to his memories. The man’s words—train tracks, time capsule, bonfire and so on—also appear to be communicating something about the characteristics and nature of home videos—perhaps the somewhat prosaic but nevertheless undeniable fact that the moments captured in the video clips depict past lives of others, and that we, the viewers watching those moments, are here in the present. 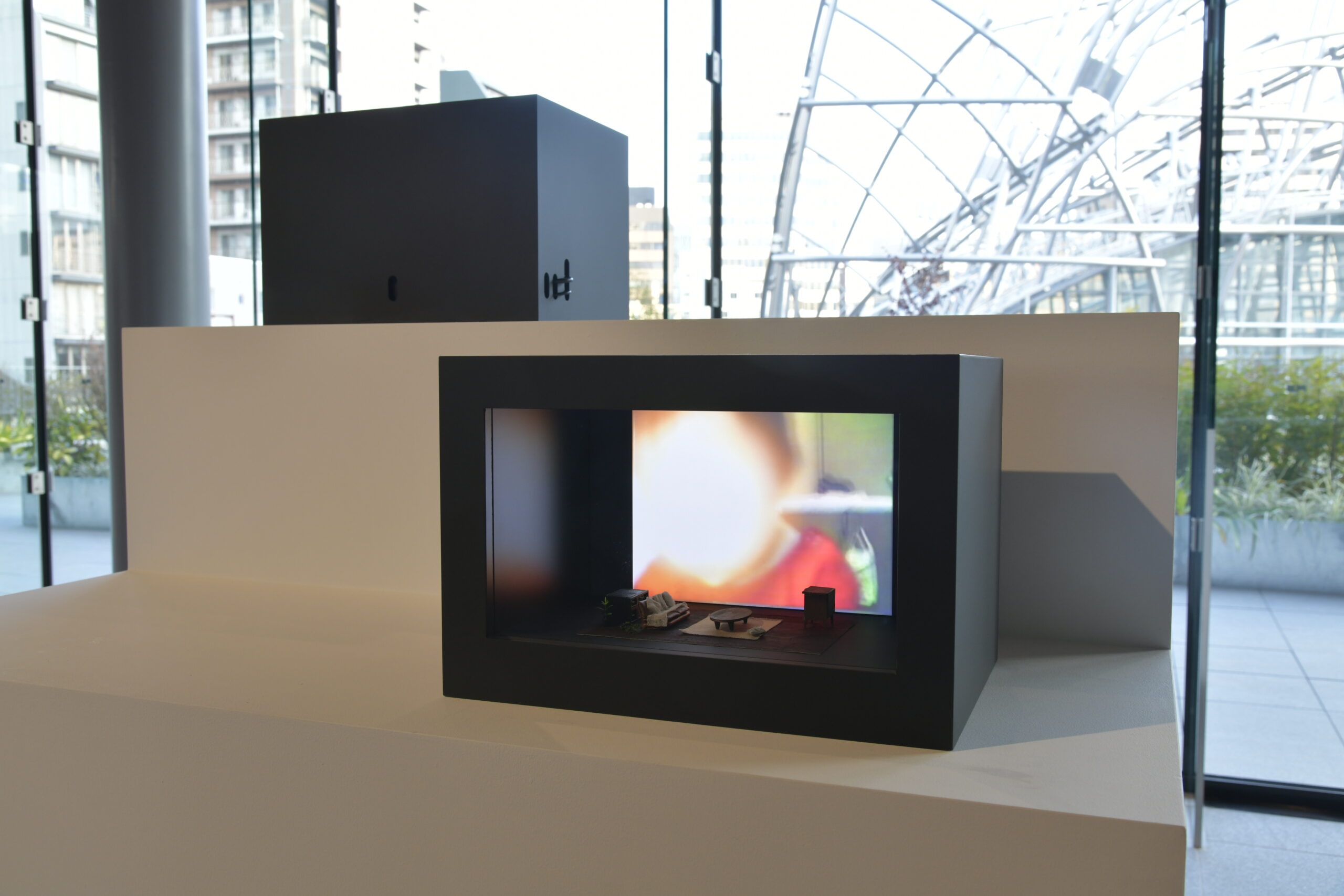 The people projected onto the inside of this small box are faceless. The artist has rendered the faces of the people in the scenes she chose invisible by bathing them with light. With miniature furniture arranged in front of the video, the work has the feel of a doll house. As the name suggests, home videos were mostly shot in the home, with the intention of being viewed and enjoyed at home. Sights seen on family trips, everyday family life, memorable moments, that kind of thing. Nowadays, of course, we are more likely to film the same scenes with our smartphones and share them online. The act of “robbing” the people in these videos of their faces gives the impression that we, the viewers, are arbitrarily going back and forth between the private and the public. What exactly were home videos? And who were they for? Someone’s face seen on social media, television, or surveillance camera footage. When people’s faces are rendered invisible, you gain a new appreciation of the communal essence of those private individuals, and of the warmth emanating from footage of the homely togetherness of other families.