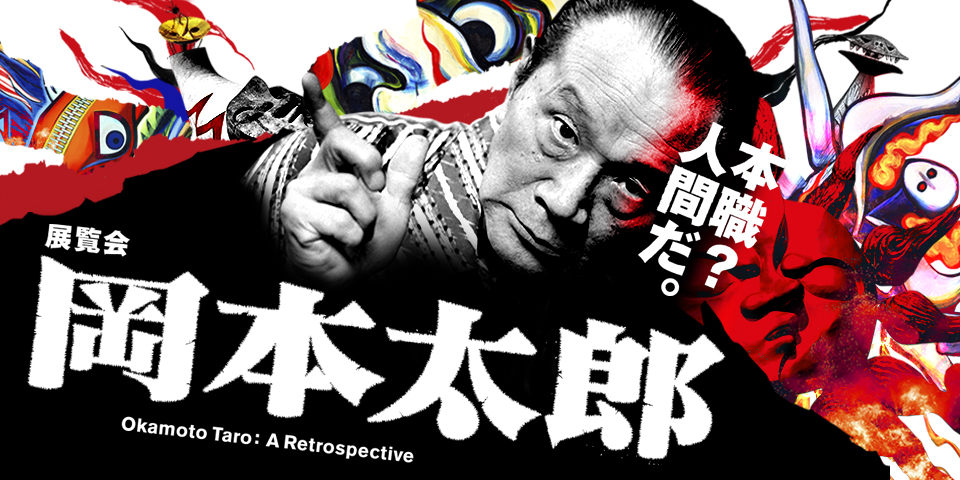 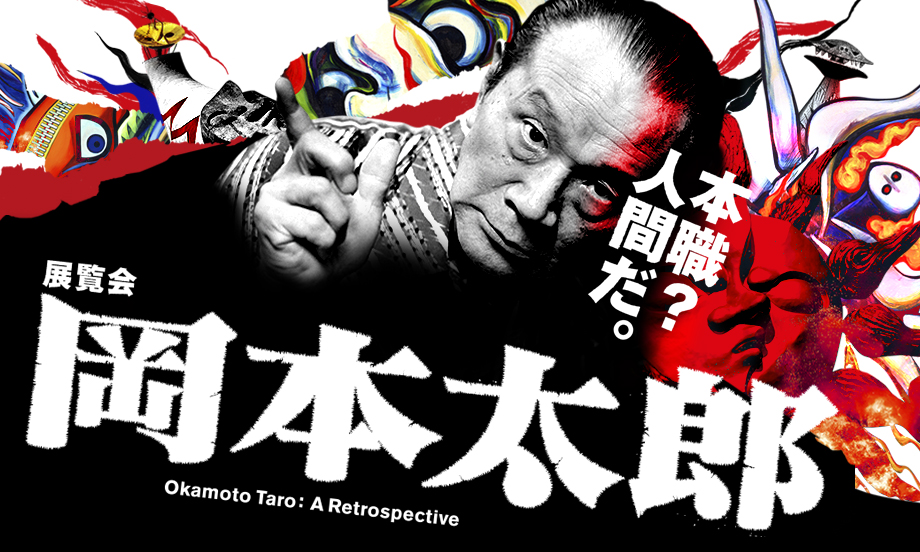 The art of Okamoto Taro (1911-1996), who is famed for his Tower of the Sun—the central Theme Pavilion for Osaka Expo ‘70—holds an enduring appeal for people of all generations. This large-scale retrospective will trace Okamoto’s artistic Journey.

Moving to France in 1929, Okamoto Taro absorbed the influence of abstract expression and established his identity as a painter. On his return, he advocated for “polarism” (taikyokushugi), the core of his artistic views. While regularly showing works, he put forward his ideas on culture and aesthetics in such essays as Today’s Art and Japanese Tradition.
The large-scale sculptures and murals Okamoto installed in public spaces—exemplified by his Tower of the Sun—embody his belief that “art belongs to the people,” an attitude that underpins his popularity with viewers even now, decades after his death.

Included, along with Okamoto’s most renowned works, will be lesser-known late-period works to introduce the full scope of his oeuvre. We invite viewers to enjoy the many sides by Okamoto Taro, who left a legacy far beyond Tower of the Sun.